I was a sports writer at a magazine, I gave an ad manager a hand with an ad and got hooked. 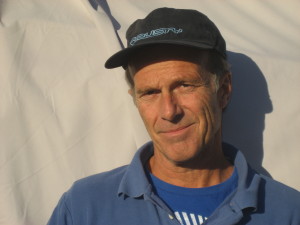 Sandy was a Sydney-based sportswriter who accidentally became an advertising copywriter.

After working at agencies Phillips Horne Greenlaw and J Walter Thompson, he joined Clemenger Sydney as a senior writer on Visa, Pepsi, Singapore Airlines, P&O, and the NSW Government.

From 1998 to 2008 he was creative director of Clemenger BBDO Brisbane.

In 2009 he set up S&L Creative in Sydney with Luke Jarman and three foundation clients. To their surprise, they’re still going strong.